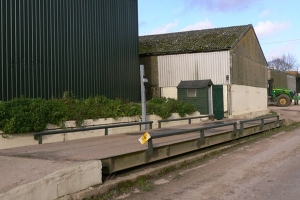 At present most front lift and rear lift waste and recycling services are charged by volume (not weight). So a waste generator filling a 3 cubic metre front lift skip with film plastic can pay the same as another filling it with soil or bricks. In practice waste collectors try to account for this by estimating the average density of the waste, but from week to week there is no direct price feedback to the generator.

WBC provides actual, real time weights to waste generators. The evidence from overseas is that WBC leads to behaviour change in the form of reduced waste to landfill and higher resource recovery rates. So it is an important lever for governments to explore.

The key barrier is weighing technology on trucks that can meet the exacting standards of the National Measurement Institute (NMI), which is the regulator of weighing systems. All weight based transactions in Australia must be made on scales which have been “Approved for Trade” by NMI.

In the last month the NSW branch of the Waste Management Association of Australia (WMAA) agreed to set up a WBC working group made up of waste generators, transporters, regulators and other stakeholders. The working group will explore the cost/benefit of WBC in Australia. WMAA and the Waste Contractors and Recyclers Association (WCRA) have also met to discuss the issue.

The recent WMAA AGM focussed on the topic with presentations from Roslyn Florie-George of MRA, Tony Khoury of WCRA and Mal Bartlett of the NMI.

Roslyn focused on the Public Policy challenge of achieving the C&I recycling targets and explored the contribution WBC could provide. She described the emergence of new WBC approvals through the NMI accreditation and certification process. She summarised the recovery improvements found in overseas studies and called for more research and trials of WBC.

Tony Khoury summarised the practical limitations of some weighing systems and commented that the systems needed to work consistently and robustly. It is no good if the systems do not work on wet days, sloping ground etc. It would do nothing to prevent overflowing bins or litter. He was sceptical of the public policy benefits of WBC in comparison to the cost.

Mal Bartlett agreed that weighing systems must work in all conditions. He summarised the NMI approval process for WBC and made the following key points:

Ultimately the introduction of WBC will be a matter for collection companies operating in a competitive market, the scale of demand by generators for innovation and/or the extent government intends to play in the space.

Experience from Europe indicates that Australian collection companies would most likely adopt a fixed and variable charging arrangement that maintains overall revenue and profitability. However, the cost burden would fall more heavily on the larger waste generators and those who generate heavy waste streams.

What is not yet clear is whether, in the Australian context, there are significant public policy benefits in WBC with respect to achieving the recycling targets. This should be tested via trials.

The sleeping giant has stirred but is a fair way from waking.