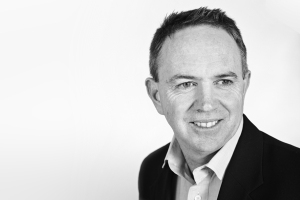 All political commentary on the National Energy Guarantee (NEG), coal and climate change should come with a warning and a declaration on whether the author is a climate change sceptic or not.

It is obviously easier to fixate on electricity prices now, if you have no compunction or don’t care about the effects of climate change on the future. It is easier to double down on building coal fired power stations if you don’t believe they have an effect on global warming.

Balancing the two legitimate competing interests, cheap electricity from burning coal now, versus climate change resulting from that burning in the future, is more difficult.

Some Australian politicians still argue that carbon dioxide is a naturally occurring gas and has no effect on global climate. That climate change is a myth perpetrated by greenie lefties. These statements should come with a warning “These opinions are not based on science and are a risk to your children and our future economy”.

My declaration – I am not a climate sceptic. I understand most of the science and respect the scientists who produce it.

I also expect a modern economy to be able to walk and chew gum at the same time. We need to take action on climate change now whilst reducing electricity costs as much as possible during the transition. A modern economy also is capable of factoring in perceived future risks.

The reality is that climate change is with us now and its impacts are being felt now. Just ask any farmer or barrier reef tourism operator.

There is not a credible scientific agency anywhere in Australia, or the world, that disputes the reality of climate change nor the trajectory. The only thing being debated now is the speed of change. And most models have, if anything, underestimated the rate of change.

To back up these statements here are just a few facts from credible independent scientific agencies:

The Effects of Climate Change on GDP by Country and the Global Economic Gains from Complying with the Paris Climate Accord (CSIRO, Melbourne University and ANU research) [3]:

National Oceanic and Atmospheric Administration (NOAA), US Department of Commerce

These are real issues requiring real solutions from credible politicians and decision-makers. It is time that the Australian body politic stepped up and addressed the most serious threat to our economy and environment.

And for the media to give more voice to the scientists over the sceptics unless their comments come with a warning. 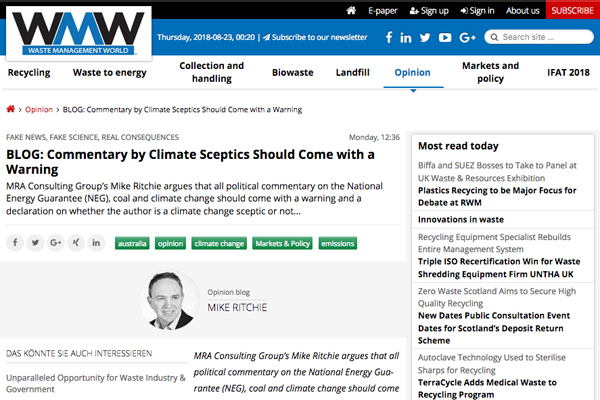 [8] https://www.climate.gov/news-features/understanding-climate/state-climate-highlights/2017 (Published in full by the Bulletin of the American Meteorology Society https://www.ametsoc.net/sotc2017/SoC2017_ExecSumm.pdf)